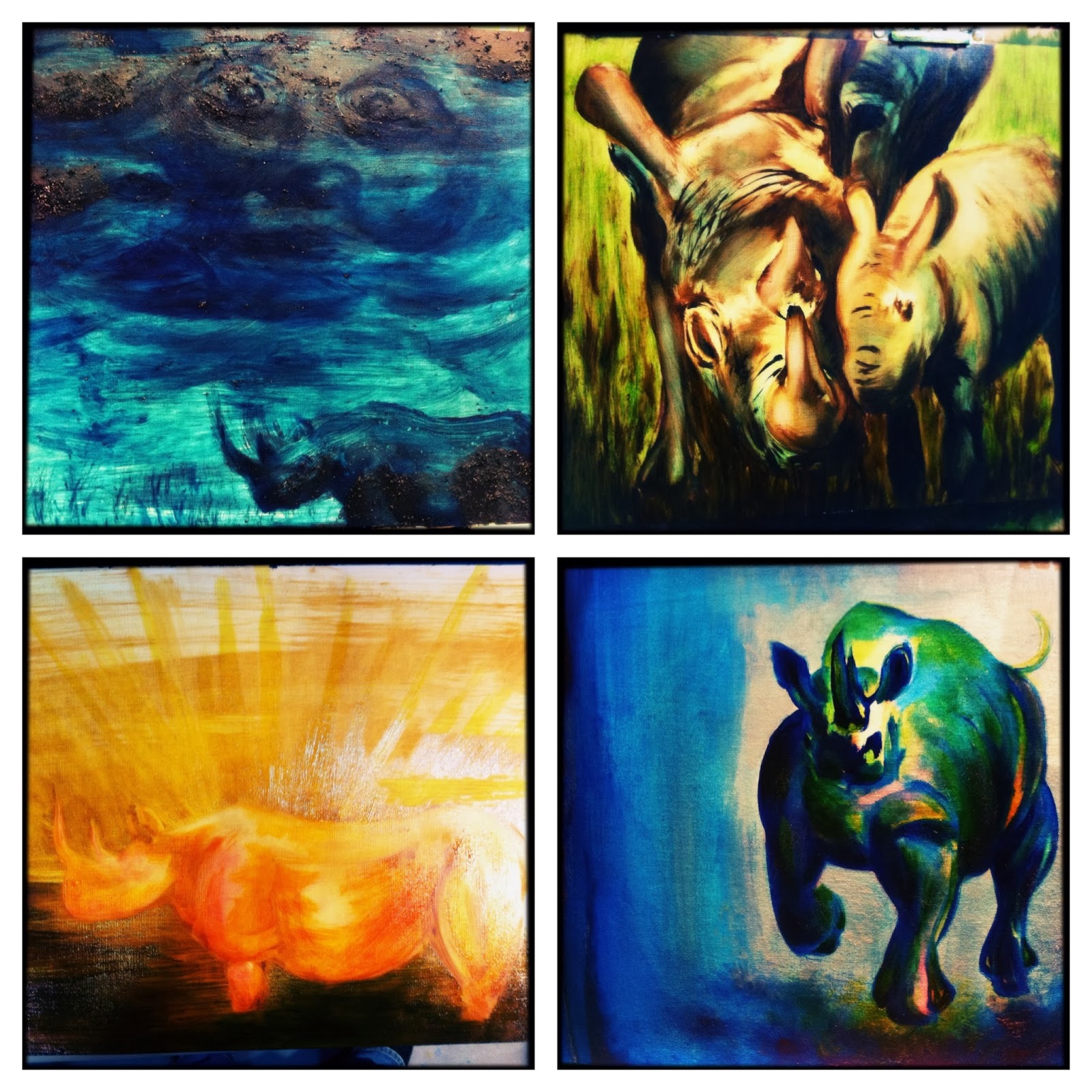 the one in the lower right corner has been entered in a local show that opens March 8th. the show is called "Bold and Bright" and i think this rhino will fit right in.  :)

more info about the show: http://www.fallschurcharts.org/home

Posted by Charcoal Moon at 7:55 PM No comments:

i have recently started a rhino series. last month the government of Namibia allowed the the Dallas Safari Club to auction off a permit for a hunter to kill a black rhino in one of Namibia's "game parks." the proceeds from the auction will go to the park to supposedly help preserve other rhinos there. a "hunting consultant" won they bid by writing a check for $350,000. there are so many things about this situation that baffle and intrigue me:
those are just some of thing quandaries swirling around my brain at the moment. here are some initial painting sketches and underpaintings of rhinos. these are all 16x20 oil on canvas paper. i am doing them in preparation for a larger piece, but still not sure of the composition. 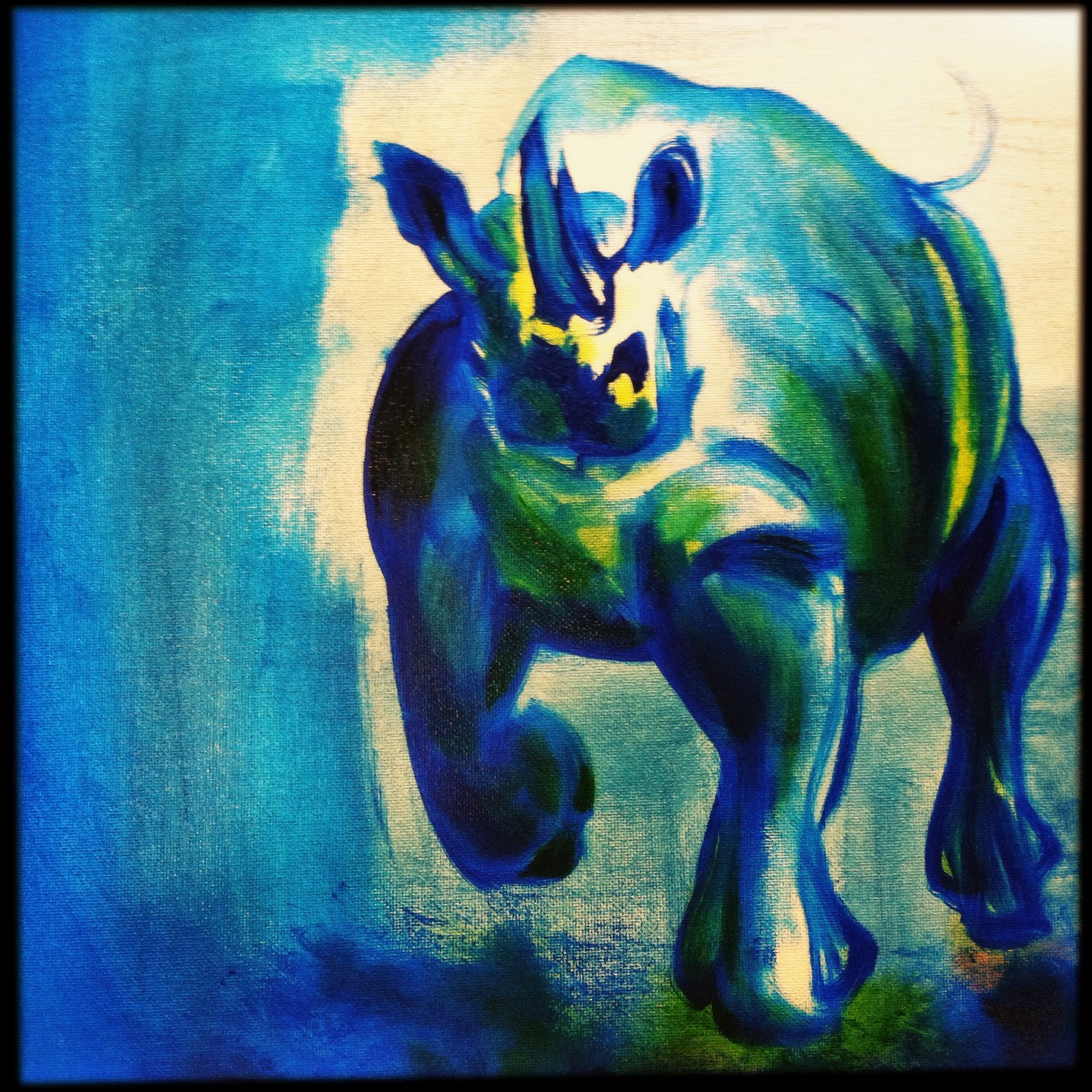 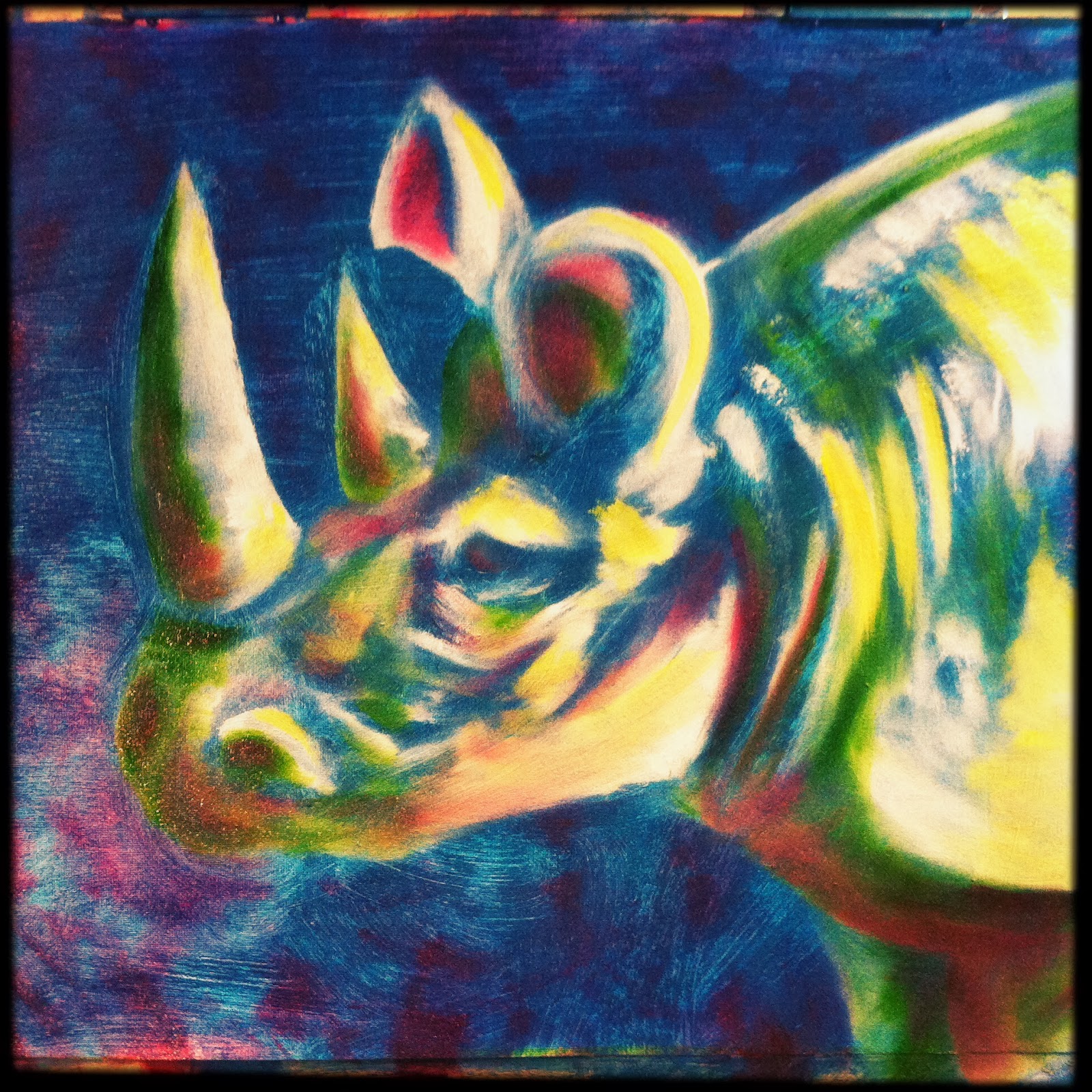 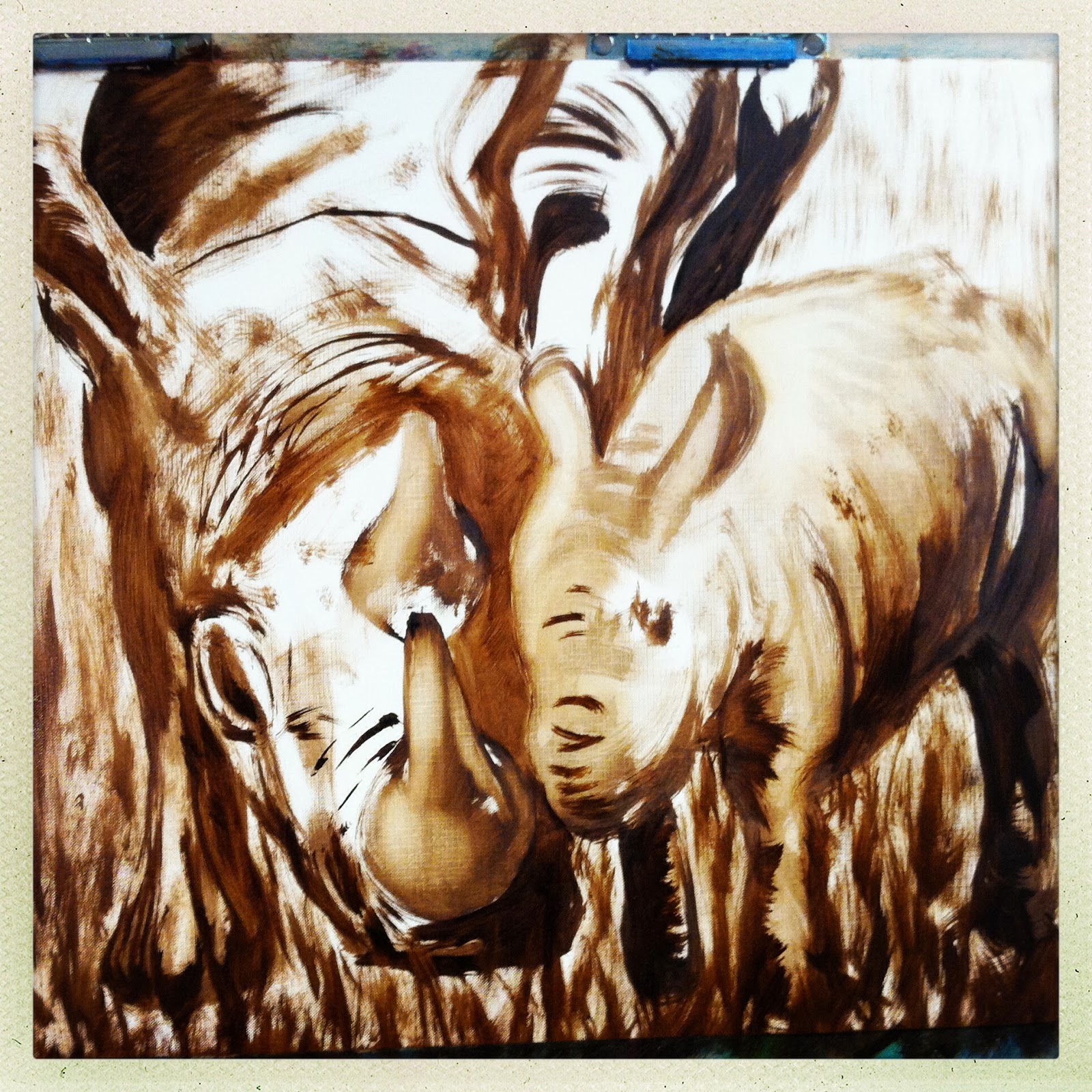 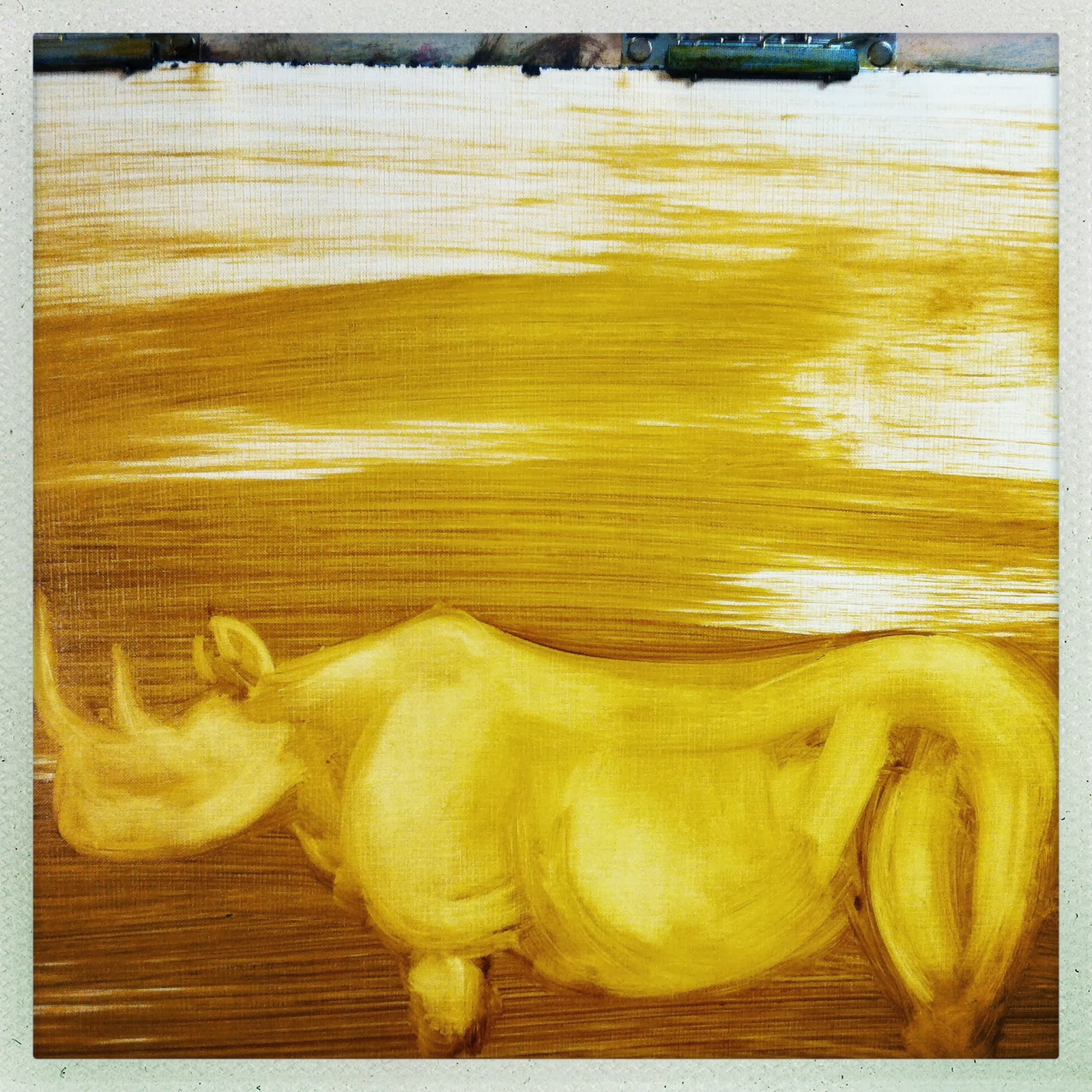 Posted by Charcoal Moon at 11:27 AM No comments: